The other day, our friend Bill Draper was out and about and taking some pictures. That’s sort of his thing. You may know of Bill from his amazing book, “A Photographic Journey Through the James River Park.”

Bill found himself along the James just above the Varina-Enon bridge, and happened to see a large fin cutting through the water. He managed to get several clear shots of a James River dolphin! 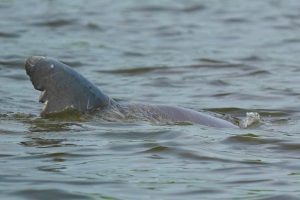 Dolphins, it seems, are not really uncommon in the Chesapeake Bay, and this one found its way up into the James River. While the James flows through Richmond as freshwater, it quickly turns brackish as it enters the tidal James just below the city. While dolphins aren’t fans of freshwater, they can survive in it for a while.

We forget sometimes that the James connects us to the Chesapeake Bay. There are over 3,000 species of plants and animals that call the Bay home, and that includes over 350 species of fish. Those fish include several species of shark that pay a visit, and, yes, dolphins.

In 1994, scientists spotted a Florida manatee in the Bay. It seemed that the large creature, nicknamed “Chessie,” had started a migration pattern that brought it into the Chesapeake for several summers in a row. This included a quick visit to the lower James River!

In 2020, a biologist at VCU’s Rice Rivers Center captured a photo of a grey seal. He was a long way from his home in Nova Scotia, but found the James around Hopewell to be a nice place to visit.

Part of this story is the good news that the James River is growing more hospitable for aquatic life. After decades of neglect and pollution, efforts to combat river runoff and industrial chemicals is paying off. We’re seeing an annual resurgence of Atlantic sturgeon, who return to the James to spawn.

Part of this story is the impact of climate change. We know that our plant zone has changed over the past few years. Plants and crops that were more suited for places like South Carolina and Georgia can now often thrive in Virginia’s climate. This warmer climate also warms the rivers that feed the Chesapeake, bringing in plant and animal species that used to avoid our temperatures. These new species can be interesting to see, but can wreak havoc on our native creatures.

The James River Park System is the home to a ton of interesting animals. If you’re lucky, you can see deer, beavers, and river otters. You might spot a fox or a mink. Opossums are always lurking about, and there are more bird species than you can count.

What’s the most interesting thing that you’ve seen in the Park? 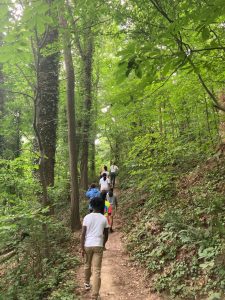 The Summer season in the Park is in full swing, and there is a ton of progress on projects of all sizes!

We worked hard to design and build a new website that is easier to navigate, faster, and more visitor focused than what we had before. 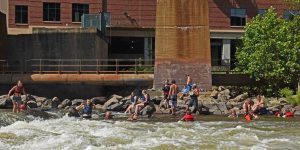 “What do you do with the money? Why should I support the work you do?” As a nonprofit director, these are probably the most important questions for me, and I couldn’t be prouder to write this blog addressing those questions.