The Park is an Organism

There are a couple of stories that speak to the interconnectedness throughout our world and the impact of simple changes. It makes us reflect on the James River Park System, and how the acres of forests, meadows, river, interact with the animals and plants that call it home to create one urban ecosystem.

The first story is about a tree.

Scientists are always on the lookout for big and amazing things. A few days ago, park rangers in Australia found a cane toad that weighed almost six pounds. That’s a big toad. We look at animals like blue whales and elephants, and think, “those are really huge creatures.” But the Earth’s largest organisms aren’t what you think. The Great Barrier Reef is considered a single organism. There’s a colony of mushrooms in a forest in Oregon that’s considered a single organism, and it may weigh over 600 tons.

And then there’s Pando.

There’s a grove of quaking aspen trees in Fishlake National Forest in Utah that researchers have named “Pando.” That’s Latin for “I spread.” It covers over 100 acres, consists of around 40,000 trees, and some of the trees are well over 100 years old. They estimated that the grove started during the last ice age, and here’s the amazing part – it started with a single seed.

Pando expands by sending up new tree shoots from its existing root system. Every aspen in the grove is a clone of the next aspen, and they’re all connected. Pando is a single organism.

The other story that we love is about wolves in Yellowstone National Park.

For thousands of years, mankind has had a love/hate relationship with wolves. As an apex predator, it often competed with humans for food. Ranchers worried about their flocks and herds, and settlers worried about the children. Over the centuries, millions of wolves were killed – either for protection or for sport.

In 1973, the Endangered Species Act was passed, and one of the first creatures listed was the gray wolf. By that point, wolves were pretty much considered extinct in Yellowstone. A little over 25 years ago, a group of scientists decided to bring them back.

The first pack of grey wolves was a group of eight. The Park Service gradually introduced more imported wolves, and soon, wild wolves from across North America started showing up. Today, there are over 500, and at least eight distinct packs.

And a strange thing happened when the wolves returned.

The wolves started preying on the elk and deer population. These carcasses provided food for grizzly bears during lean years. The deer and elk also liked eating young saplings and shoots along the streambeds and river banks in Yellowstone, and with fewer grazers, they began to flourish. Soon, beavers returned to the 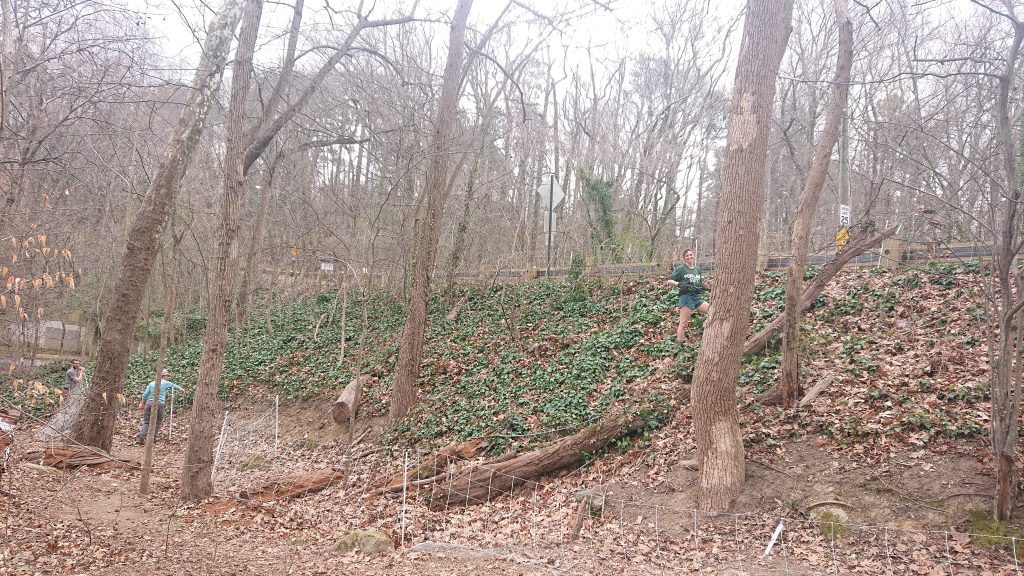 Park. The beaver dams changed the course of streams and created ponds, which attracted frogs and fish and the birds that like to feast on them.

It wasn’t so much that the reintroduction of wolves changed the ecosystem as it was that wolves returned it to its natural balance.

We’re reminded of these stories when we think about the James River Park System.

When the Park was created, pollution had taken a horrible toll on the wildlife of the James River basin. As the waters got cleaner, fish and wildlife began to return. We began to see more birds like Bald Eagles and osprey, and Atlantic sturgeon began returning to spawn.

Construction of the new Huguenot Bridge almost a decade ago created a damming effect that flooded the area immediately west of the bridge; black gum, sycamore, river birch, red maple, box elder, and ash trees could not survive the submerged, low-oxygen conditions. The invasive Emerald Ash Borer later sealed the fate of all but a lucky few ash trees throughout the JRPS. Now only a ghost forest remains adjacent to the west side of the Huguenot Bridge.

Just across the bridge, trees  have a more hopeful future. Here in the eastern end of Huguenot Flatwater, the JRPS Invasive Plant Management Coordinators lead weekly “Free A Tree” volunteer events. Invasive wintercreeper and English ivy have been climbing and encasing the trees over decades, depriving them of nutrients, weighing them down, and ultimately preventing them from photosynthesizing. Preserving the Park’s tree canopy is a priority of the Invasive Plant Task Force and depends on volunteers. Free-A-Tree this February!

So, we need to think of the James River Park System as our own “Pando.” The plants and wildlife interact with the river and with each other, and create a unique organism – the Park. How we interact with it – either during our visits or the actions we take at home – also leaves an indelible mark.

Sometimes we’re the invasive pest, but we would rather be the wolves. 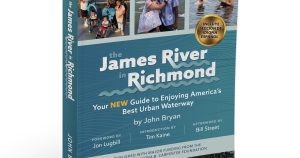 John Bryan has quite the love affair with Richmond and our beautiful James River. As he tells us in our video, much has changed in the past 25 years, and his NEW book finds the best to explore.

There is a new book about to be released about our river, our Park, and all the things we love about it!

Registration for the Wood River Run is now open!

Dear Friends of the James

© 2023 FRIENDS OF THE JAMES RIVER PARK ALL RIGHTS RESERVED